American Conceptualist
Ivan Alifan
Ivan specializes on the human figure creating an evocative mood through his use of a limited color palette.
Ivan's greatest passion is art, because "it allows the artist to create the impossible...". Thus, he continues to create a world of possibilities. Ivan graduated from OCAD University in 2012 with a Bachelor in Fine Arts in Drawing and Painting. He participated in the Hermitage Museum residency in St. Petersburg Russian and was part of OCAD U's Off-Campus studies program, studying abroad in Florence, Italy. It is through these experiences where he developed his signature style.
"It's Not Milk" series
This series is an exploration of the modern gaze; of ambiguous figurative paintings that are revealed and transformed within the act of the individuals' views. These portraits are not an attempt to render physical characteristics but rather create a language of underlying sexual subtexts. Using ambiguity as a tool demands the viewer's exploration of their psyches and provokes self awareness. To have a painting that can exist as an alluring object and shift into an eroticized figure disarms and naturalizes the modern gaze; decriminalizing sex in art. Whether an individual sexualizes the figure, or becomes embarrassed and nervous by the mere suggestion, this is all a process which occurs independently from the painting. Breaking down barriers of the different modes in which the body can exist in social spheres and contemporary art.

Art is beyond an image of perception and creativity. Art is part of the past, present, future, where one can interpret their own view. Painting allows me as an artist to express my strengths or my vulnerability. Each brushstroke builds up a story, a life and, a passion. I hope my paintings will change your outlook on life...

Ivan Alifan
Award-Winning Artist & Oil Painter
Owning a piece of art is beyond the physical canvas itself, but owning a piece of time.
Awards, Accomplishments & Publications 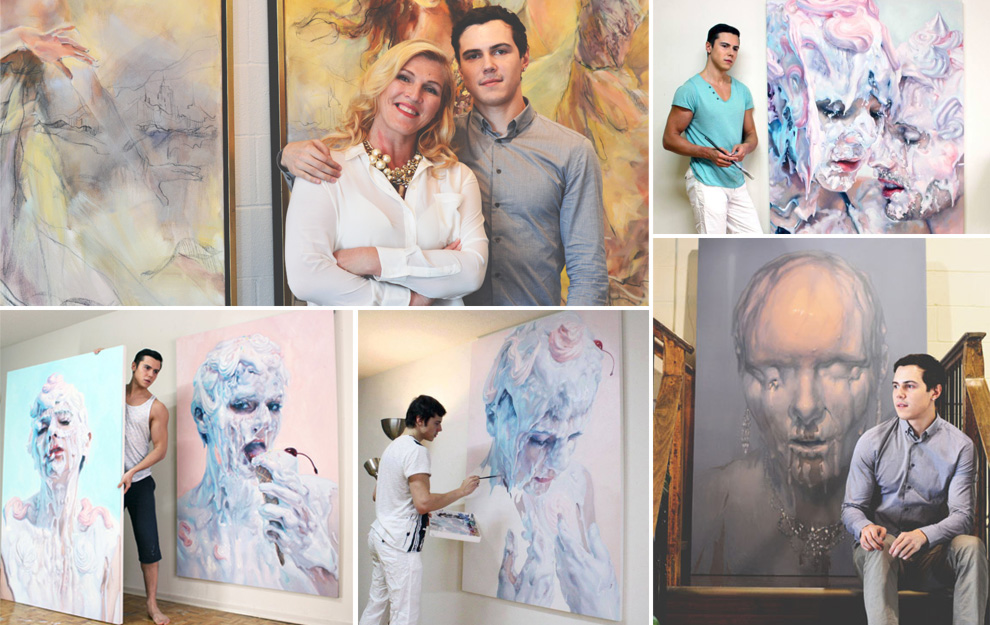 ANNA ART Publishing Inc.
Represents a collective of fine artists.
We assist in the distribution and presentation of their work to high-end galleries worldwide.
Follow us on: